UPDATE: If you’re installing Visual Studio 2017 Community Edition, Microsoft changed the installation program. You should choose the options that are circled in red, in this image: 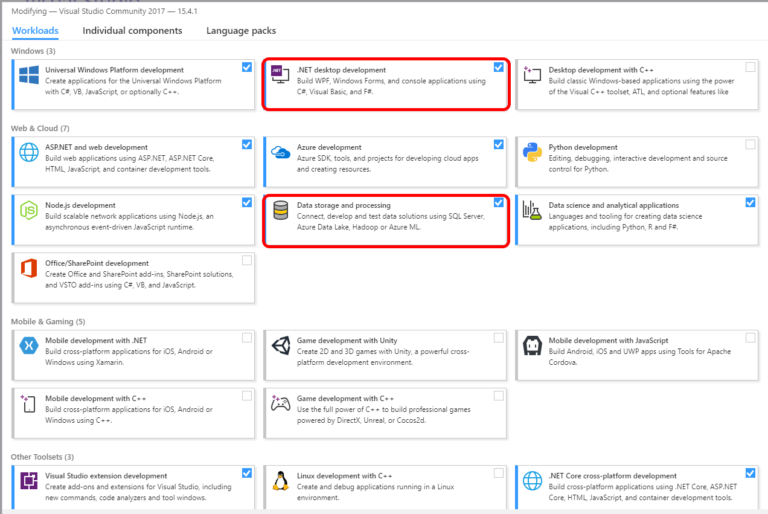 To build a program, you need an editor – a specialized word processor for writing programs.

Most C# (and VB.Net) programmers use a version of Visual Studio, from Microsoft.

We are going to use Visual Studio Express 2013 for Windows Desktop. It’s free for you to download and use. You can get it here:

Click on the “Downloads” link, to get to the page with all the available versions of Visual Studio.

Scroll down to find “Visual Studio Express 2013 for Windows Desktop”.

Be sure to use this version.

There are several other versions available. The other versions let you create websites, programs for Windows phones, or apps for the Windows Store. But the one we need right now is the one for “Windows Desktop”.

Here’s a video to show how to download and install Visual Studio Express 2013 for Windows Desktop.

It may take some time to download and install.

At 1 megabit per second download speed, it will take about two hours to download. Hopefully your Internet is faster than that.

After you finish the installation, you’ll need to reboot your computer.

Next Lesson: Lesson 02.2 – Building the solution for the game

Previous lesson: Lesson 01.1 – Defining classes and objects for the game