Click here to go to the latest index of all lessons

I made some good progress today. The code is probably 90% finished, and the UI is basically done.

Here’s a screenshot of the current UI. It’s a simple Windows Forms app, like most desktop programs you might develop for a company. However, the way I built the program, you’ll be able to use the same game “engine” code if you want to write a console app or a web site. 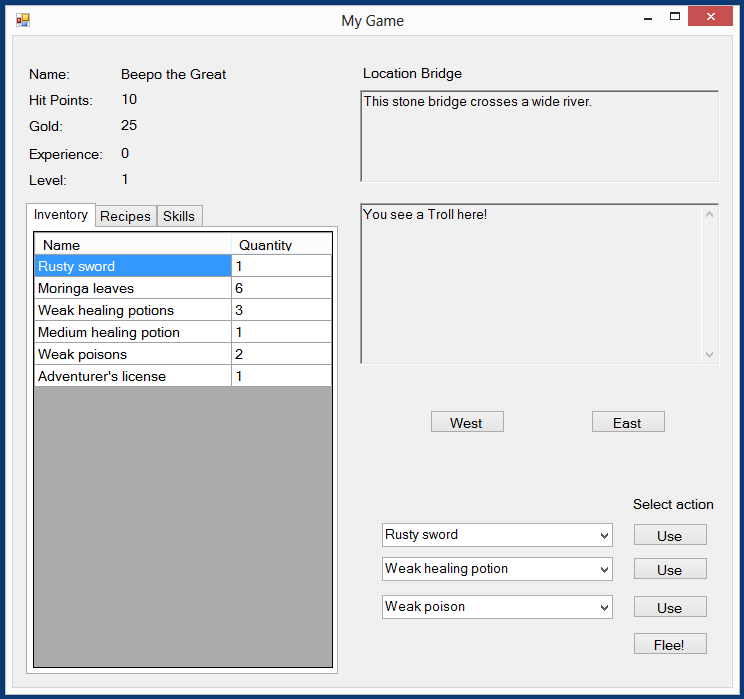 It’s certainly not fancy, but the focus of this guide is on learning how to write C# code – all the “guts” behind the what you see on the screen.

In this first version of the guide, I only plan to include this UI. However, I have plans to expand it in the future to include the source code for a console/text version and a web version.

If you’re worried about creating a form like this, don’t worry. All the source code will be downloadable.

Tonight I need to do some massive downloads, to build the virtual machine where I’ll create the screencasts. It’s going to take a while to pull down the multi-gigabyte files I need, and I didn’t want that going on while I was writing code (and doing the occasional web search).